A proud Mancunian born and bred Phil had his first trombone lesson at the age of 10 and started to play at the Bury Music Centre in North Manchester. He soon became a member of Besses Boys Band and by 14 joined Besses O’Th Barn Band touring Finland later that year and performing at the Lieksa Brass Festival. He had lessons with Neville Roberts from the Halle Orchestra and after gaining entry to Chethams School of Music at 14 he studied with Peter Leary, BBC Philharmonic. Both of whom have remained his greatest inspiration. Whilst at Chethams Phil was for 2 years Principal Trombone at the National Youth Orchestra of Great Britain and first performed with the Halle Orchestra at 18 whilst still at school. On leaving Chethams he studied at the Royal Northern College of Music, became a member of the European Community Youth Orchestra, won the Hiles Medal for Orchestral playing and was by his 2nd year a regular freelance player with the Halle, BBC Philharmonic and Royal Liverpool Philharmonic Orchestras. For 2 years he was invited to attend the Christian Lindberg summer schools in Sweden where he discovered a whole new approach to solo playing, work ethics and dedication.

Phil stayed in Manchester for over 20 years freelancing with all the countries major symphony and chamber orchestras, he was also a proud member of the Manchester based contempory music group Psappha. Since 2014 he has been Sub Principal trombone at the BBC National Orchestra of Wales.  For many years Phil has been in great demand as a teacher, holding positions at Manchester, Sheffield, Liverpool, Keele, Cardiff and Bangor Universities. In 2002 Phil was invited to join the Brass Department at Chethams School of Music where he is still a teacher of trombone and Chamber music. Many of his former students are now successful trombonists and musicians in many different fields and Genres.

Phil joined the staff at Royal Welsh College of Music and Drama in 2016 where he also enjoys teaching trombone and tutoring the chamber music ensembles. Through his children, he had a 10 year association with Stockport Schools Brass Band and with his daughter Rebecca also enjoyed a very happy and successful return to Besses Boys Band in 2010.  Phil is delighted to have been given this opportunity with Greenfield Band and is very much looking forward to the challenges and future ahead. 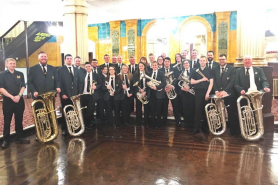 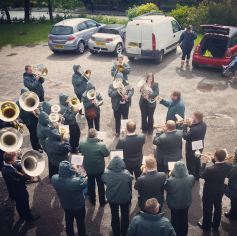 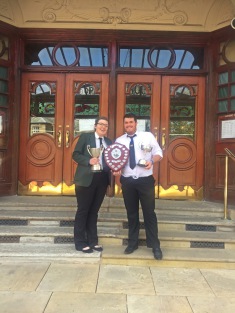 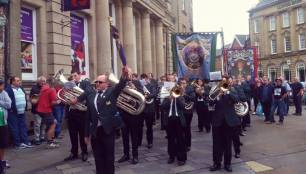